Almost all growers know that nitrogen is required for plant growth and is one of the first things people look out for in fertiliser compositions.

Why Nitrogen is so Important for plant growth

Nitrogen is a key nutrient required for plant growth. It is classified as a macronutrient for plants, in that it requires a fairly large amount for adequate growth, and is present in relatively high concentration within the plant. Healthy plants can typically contain 3-4% of nitrogen, and as high as 5-6% for legumes. Outside of carbon, hydrogen and oxygen, nitrogen holds the highest concentration in plant tissues.

Interestingly, nitrogen is an essential element, not just for plant life – but for all life. It is a key component for all amino acids and nucleotides, in which DNA, RNA, enzymes and proteins are made from.

Plants use nitrogen to produce the necessary protoplasms and amino acids required for the building of plant tissue and plant proteins. Nitrogen is also required to produce enzymes necessary to support various biochemical processes during its life.

A simple way to visualise the importance of nitrogen would be to imagine that a plant is trying to build itself a large, towering structure. N (nitrogen) would be the basic material that makes up the “brick and mortar” in which it uses to do so.

Nitrogen is also a major factor in the process of photosynthesis. Photosynthesis is the process that allows plants to convert light energy, water and carbon dioxide into sugars and biochemical energy, which it uses to fuel its growth.

Nitrogen not only makes up a vital part of chlorophyll molecules – the all important green pigment that gives plants the ability to photosynthesise, but is also a required element in the actual biochemical process.

Nitrogen Sufficiency and Deficiency in Plants

With this understanding, to look at it in practical terms, plants that have sufficient nitrogen present are able to build bigger structures from more roots, stems and shoots (from better cell growth). This in turn results in more, bigger and greener leaves (better cell growth and higher chlorophyll content), and can photosynthesise better (higher rates of biochemical processes).

This combination of a larger surface area (from a larger leaf cover) to capture light and energy, together with higher rates of photosynthesis means the plant produces more energy, in which it can channel toward better plant growth and development.

On the flip side, plants that are lacking in nitrogen will be smaller and have smaller leaves (poorer cell growth), and potentially yellowed leaves (lower chlorophyll content) and lower rates of photosynthesis.

This means that the plant has less ability to photosynthesise, which directly translates to less energy for growth.

Both cycles described above can be reinforcing as a virtuous or vicious cycles. As such, nitrogen availability becomes a vital part of plant nutrition.

Why the Need for Nitrogen Fertilisers

Nitrogen is actually the most abundant element in our air and atmosphere; 78% of our atmosphere is made of nitrogen. To give an illustration of how abundant nitrogen is, it is calculated that the air over 1 square metre of land space holds about 9 metric tonnes of nitrogen. Yet, we still find the need to add nitrogen as fertiliser for our plants.

A reason is that nitrogen in the air is incredibly unreactive. It is inert and insoluble due to the strong triple covalent bond between the N2 particles. As such it is considered non-bioavailable and cannot be used by most plants in its gaseous form.

However, we know that for many millennia, plants have grown without the assistance of fertilisers. In the case of nitrogen, this is due to the natural series of repeating processes known as the nitrogen cycle.

As mentioned, the triple bond in N2 is extremely strong, and is very difficult to break into something usable by plants and animals. However, when and once are broken apart, they are able to quickly form other chemical molecules that can be used by living matter. Some of these other forms include ammonia and ammonium, nitrates and nitrites, as well as nitric oxide gases.

When this occurs, the atmospheric N2 gas is considered “fixed” into a usable form for plants.

Naturally occurring phenomena with great energy, such as lightning and volcanic eruptions have enough energy to break apart these triple bonds, and combine with the oxygen in the air to form nitrogen oxides. When rain falls, these oxides in the atmosphere are then dissolved into nitrates, which are then absorbed by the ground as a form of nitrogen that is now available to plants.

However, such natural phenomena do not contribute the bulk of nitrogen that is considered “fixed” and usable in the ground.

Most of the nitrogen fixation in our ground is done by bacteria. These bacteria exist in our soils and water, and produce a unique enzyme known as nitrogenase, which is able to reduce nitrogen gas to ammonia.

This unseen role of bacteria and the scale at which it occurs underlies the importance of microbiology in our natural ecology and the benefits it brings. Without the action of nitrogen fixing bacteria, there would be significantly less plant matter on the Earth, and as a result, significantly less animal life and biodiversity.

Before the advent of synthetic and industrial fertilisers, bacteria, together with naturally occurring weather patterns and other natural phenomena was the primary way of fixing nitrogen into the ground. In the early 20th century, a industrial process was found to be able to fix nitrogen from the air, also known as the Haber Bosch Process.

The Haber Bosch process has undoubtedly helped increase land and farm productivity, having been a key component in the green revolution of the 20th century in feeding our world population. However, in the industrial production of nitrogen inputs, there have also been environmental concerns, as it is an extremely energy intensive process, and may have contributed to disruptions in the natural nitrogen cycle due to a buildup of reactive nitrogen in our atmosphere.

Innovating a new way of providing Nitrogen as a Nutrient

At Arktivate, we are using the same spirit of innovation from those that have come before us, to find more efficient and ecological solutions to fixing nitrogen for plant growth.

Our live microbial formulation in all our products contain large live populations of bacteria to fix nitrogen for plants. Complementary microbial populations also help create the ideal environment for microbial life to proliferate, and bring life back into our ground. 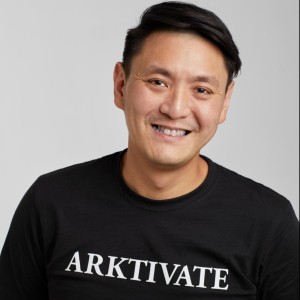 Let us know what you like us to write next?