What’s the Difference Between Garden Soil and Potting Mix

Everybody wants what is best for their plants. The growing medium is the most essential part of the well-being of beloved green friends. Today, there are many different potting mixes and soil choices on the market. It may be difficult to determine which one can be more beneficial and suitable for a specific plant. Therefore, it is important to know what to pick and how it should be used.

The growing mediums are divided into two major types. Garden soil and potting mix. Each substrate has its characteristics and specific ingredients.

This article will guide you and help you to make choice between the garden soil and potting mix. You will get the answers to major questions regarding their usage, advantages, and disadvantages.

Garden soil is made from weathered minerals such as humus, clay, silt, sand, and organic matter. This kind of soil has living components in it such as mites, bacteria, fungi, actinomycetes, and microbes.

Some may think that those living organisms bring harm, but it is vice versa. Their presence means that the soil is healthy and thus, your plants will enjoy it. The nutrition of the garden soil comes from the decomposition of natural materials.

When packaged and sold in the stores, the garden soil mixes are cleaned. As a result, harmful microbes and seeds are removed. The cleaning is done by the heat that is extracted during the process of composition.

The potting mix does not typically contain dirt. The main component of this growing medium includes perlite, compost, and peat moss. Some mixes may include fertilizer, vermiculite, coconut coir, and pine bark.

Thus, there are several types specially designed for specific purposes. In stores, in most cases, you will see:

Benefits Of Each Soil Type

Plants care is full of surprises, new experiences, and happiness. Especially if you are a beginner in gardening, you must carefully check out the benefits of each growing medium. It is essential for the well-being of the greenery.

Typically, garden soil is not as expensive as potting mix. This soil is denser and thus, during the windy weather, it can help your plants by keeping them sturdy. This can be beneficial, especially for those plants that do not have their root system developed yet.

The garden soil can provide constant hydration for the plant. It is essential when the temperature rises. However, you will have to monitor the plant constantly. The reason for it is that it can raise the possibility of fungus and root rot.

The garden soil is fully organic and natural. This soil is compost-based. Therefore, it can be usable for a long period of time. If you plan to have a vegetable and herb garden, the garden soil can be a great option.

Potting mix is typically more sterile than garden soil. It is free of microbes and other living components. This decreases the possibility of fungus development.

Elements of potting mix make it soft and well-draining. The moisture is kept and retained and also, and the roots have the possibility to breathe freely. As a result, the chance of root rot happening is decreased. All this is thanks to the perlite and vermiculite.

Potting mixes are designed for a specific group of plants, which is an extra benefit of those mixes.

The main disadvantage of garden soil is its density. As time passes, it becomes compact and can interfere with drainage. This can result in waterlogged roots and root rot.

Garden soil components cause poor aeration. It does not have vermiculite and perlite in it. Therefore, the aeration is not supported. It can obstruct the growth and free spread of the root system.

Another drawback of garden soil is that it can not be used for the seed starting.

Potting mix is more expensive than garden soil. This is because it contains ingredients that are pricy.

Potting mix provides a good amount of aeration and is well-draining. Yet, its main drawback is the lack of organic materials. Over time, the components of the mix break down and the nutritional value decreases.

When using the potting mix, you will have to feed the plant with fertilizer during the growing season. So, it requires constant attention. You may need to change such soil more often.

Use Of Garden Soil And Potting Mix

Garden soil is generally used for in-ground growth. It has a loamy texture and therefore, is a great growing medium for garden beds. You can also mix the garden soil with regular one to make a nice mixture for outdoor plants.

Potting mix is designed primarily to be used in containers and potted plants. It may not be able to support the garden beds. Even if you try to use them outdoors, they can add up to a pretty high price.

When planting in the potting mix, make sure that your container has drainage holes. If the holes are large, then the substrate can come out when watering. To avoid this, you can put the tiny stones in the bottom before putting the substrate in it.

Tips And Tricks For Using Different Types Of Soil

The major difference between garden soil and potting mix is their use. Garden soil is typically mixed with regular, native soil. Generally, it is incorporated in the garden beds.

On the other hand, the potting mix is only intended to be used for the container plants.

It is very important to choose the right type of soil mix for the specific plants. The mistake in such a matter can lead to soil compaction, moisture, buildup, and even the death of the plants. 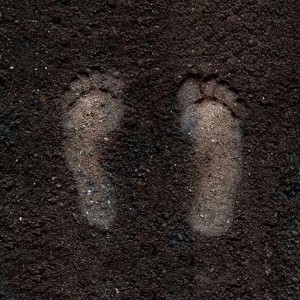 A person who supports using a regenerative way for the sustainable growth of plants, vegetables and trees. An advocate who believes in growing better by delivering a beneficial ecosystem into our soil to promote biodiversity.
Let us know what you like us to write next?